Washington Supreme Court holds that lien release principal not a necessary party in an action on a lien release bond.

In construction disputes, subcontractors and suppliers cannot bring claims against another party in the absence of a legal relationship with that other party. This rule is often referred to as being in privity of contract. In Inland Empire Dry Wall Supply Co. v. W. Sur. Co. (Bond No. 58717161), 189 Wash. 2d 840 (2018), the Washington Supreme Court held consistently with that principle in interpreting that the lien release bond statute (RCW 60.04.161) did not require inclusion of the lien release bond purchaser in the action. There, an unpaid drywall supplier sought foreclosure of the lien release bond obtained by the general contractor to discharge the drywall supplier's mechanics lien on an apartment project. Because no contractual relationship existed between the supplier and prime contractor, the supplier only sued the bonding company. 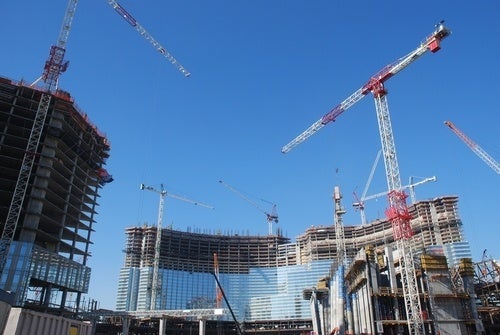 In addition to noting the absence of any language the statute requiring the supplier to involve the general contractor in the lawsuit, the Court was keenly aware the relationships between suppliers and general contractors, or rather the lack of any relationship. The Court also took note of the reality that bonding companies, such as Western Surety, can easily exert the leverage in the indemnity agreement to require a bond principal to assist and defend the action. The Court appropriately, viewed the trial court's decision dismissing the action as overly technical and inconsistent with prevailing construction practices. Although the practical result was eventually reached, the costs of two levels of appeals likely dwarfed the $125,000 in dispute. The entire process could have easily been avoided by adding a few extra sentences in the complaint to include the general contractor as the defendant. Although it is important to be cautious in asserting legal claims, it is better to be over inclusive of parties than under inclusive. Failing to name all the responsible parties can sometimes have a devastating effect in a construction dispute.

Partner - Practice Areas Mr. Russ is a skilled civil litigator with an established record of success for his clients in both trials and arbitration.  He has litigated a wide array of disputes through resolution including complex public works construction disputes, real estate disputes, commercial...

Thank you for contacting us. We will get back to you shortly.

Please complete all required fields below.